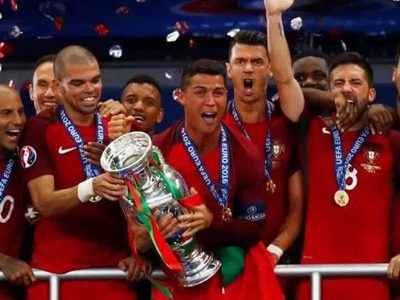 Actually, whether with criticism or not, football is still the most popular sport in Europe and most parts of the world, mobilizing fans and passions.

Portugal are Euro 2016 Champions! What a great feeling of satisfaction and pleasure. I could not let this chance go away without congratulating everyone, at all levels, from those who believed and recruited the team, responsible for  the selection and training of  the players that represented us all with such humility and effectiveness, to all those who,  in the shade, worked very hard to prepare the path that would lead Portugal to victory.

What a gesture to remember from the great leader Fernando Santos! At such an important occasion, whilst celebrating victory, he did not forget to include in his words of appreciation those who trusted him and gave him the opportunity to start his career as National Team Trainer: The Greek people! Only great leaders are capable of doing that. Humility and Thankfulness, rare qualities nowadays in all life interactions, professional, political and private. 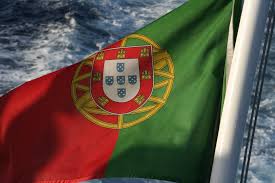 Whether some people like the way one wins the battles that lead you to win the war, or not, the truth of the matter is that the low profile leader Fernando Santos, demonstrated to be a very pragmatic leader with a well-defined objective. To be able to get there he had a Plan, not only a Plan A, also several Plans B, or if you prefer, a plan B and a C and a D… Those plans were necessary to achieve the objectives without shame or fear of assuming he had them. If others that regard themselves as leaders of other galaxies simply followed that example…

Just a very deserved word as well for a great captain on the pitch and outside it: Cristiano Ronaldo. Indeed envy corrodes and blinds those who lack his skills and performances, who seek nothing else but to denigrate and destroy – fortunately unsuccessfully. Even off the pitch, as happened on the final, after an ugly and inelegant foul (not to call it something else), a foul that Mr. Referee did not even whistled for (what was the referee name?), Cristiano Ronaldo has shown, also off the field, what one can achieve with heart, desire and determination.

To be a successful leader it is not enough to be called as such – a leader needs followers that, when necessary, are inspired to raise up their own bar as leaders, and defend tooth and nail the plan, the path that leads to the achievement of the designed objectives of the group, in this very specific case, the Portuguese football team, the team of all of us.

Thanks to all who gave us this immense joy – something we Portuguese around the world will never forget!